Express Media has been serving the San Francisco Bay Area Film and Video communities since 1989.

30 years ago, we were known as Rental Express and Dub Express, but now we’re better than ever under one roof as Express Media!

Express Media has been serving the San Francisco Bay Area with state-of-the-art broadcast and industrial video equipment for rent since 1989. We have the experience, equipment, and round-the-clock technical support that Northern California’s video professionals demand! 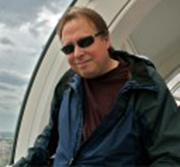 STEVEN BARGERPRESIDENT, EXPRESS MEDIA
Steve also heads up all field production support at Express Media. If he’s out of the office, you’ll usually find him directing or TDing live multicam events using one of the four HD digital flypacks he designed. Want to talk tech? Talk to Steve.

A Film/Video graduate of RIT, Steve started recording B/W video to ½” EIAJ-1 open reel VTRs in the mid ‘70s; he has worked as an engineer in radio and a sound recordist for film, and is FCC licensed; he spent years shooting countless projects on 16mm and 35mm film in New York, and has been working in the SF Bay area for over 30 years. For 26 of those years he has been at Express Media. 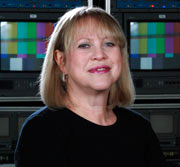 MARIA STEPANENKOCFO, EXPRESS MEDIA
Maria is the CFO of Express Media. She has been the one and only controller and accounting expert for over 25 years. She keeps the cash flow going strong year after year, and is the voice of reason when things tend to go a little crazy around the office!

A native of Ukraine, Maria is a graduate of the Economics program at Odessa National University. Even though it’s been a few years, her descriptions of the Black Sea dachas make us all want to go there on our next vacation. 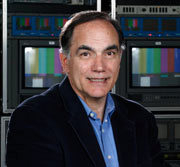 A graduate of the still-photography program at the Art Institute, Buddy brings a creative eye and a sharp pencil to everything he does! If you can’t locate him, he’s probably getting his focus back by racing motocross somewhere in the middle of the Mojave desert.

You can send your resume by clicking below: